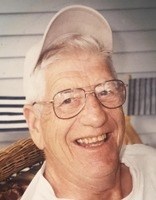 On Monday, November 16, 2020, Werner G. Korteling, passed away at the age of 83. Werner was born on October 28, 1937, in East Rutherford, NJ to Henni and Ceil (Kornet) Korteling. Werner is survived by a wife, Barbara Schutz; daughters, Joy (John) Miller of Asheville, NC; Wendy Howell of Hendersonville, NC; Kathi (Neil) Callari of Austin, TX; Pam (Brian) Morel of Franklin Lakes, NJ; Kriss (Paul) Rogalinski of North Haledon, NJ and step children Jennifer (Greg) Keninitz of Ringtown, PA; Heather (Paul) Kennedy of Honesdale, PA; and John (Emily) Wetmore of Honesdale, PA. He also leaves behind grandchildren: Whitney Callari, Cody Morel, Roy D. Rushing IV and Veena Taylor, Aaron, Evan, and Carter Kennedy, and Garrett Keninitz and great-grandchildren.
He joined the Navy serving on the USS Norris and the USS Mississippi. Werner “Dutch” worked for Teamster Local 560 and St. Johnsberry Trucking following his service. Werner was a member at the Eclipse Lodge No. 259 in Rutherford, NJ and the Oakland and Franklin Lakes Fire Departments. After moving to Pennsylvania he served as Deputy District Commander of the American Legion District 15 and was very active in Post 807. He was often seen selling poppies at local Wal-Mart and advocating for veterans. He held dual membership between the Eclipse Lodge and Salem Lodge No. 330 F.& A.M. in Hamlin, PA. He was a 60 year member.
Werner enjoyed fishing, hunting, fighting for veterans rights and benefits and had no problem speaking up. Coffee and a smoke were his trademark. He could often be found on his boat at Lake Ladore fishing for the big one or at his “office” enjoying a coffee, a smoke and catching up on the local news.
He is preceded in death by his parents and brother Henni “Hank” Korteling and former wives Joan Korteling and Lucille Vermeulen.
Due to the Pandemic we will not be having a memorial service at this time; if you would like to honor Werner go to your local Dunkin Donuts “the office” and have a coffee in his honor. He would really like that.
In lieu of flowers, Memorial donations may be sent to a charity of your choosing.

Offer Condolence for the family of Werner G. Kortleing

The cost of cremation and the degree of service vary widely across Pennsylvania.We are NOT a high priced funeral home. We ARE a fully licensed cremation service provider and focus on the needs of the families we serve. In addition, we own our private crematory so that your loved one never leaves ...  Continue Reading.