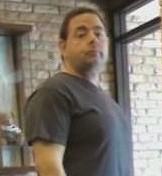 Bron in Newark, NJ he was the son of the late William Arthur Sunbury and Alice Margaret Balia Sunbury Trotta.  He volunteered as lifeguard, EMT worker and fireman. He took many classes to do these jobs. He also was a security guard.and work undercover. Because of an accident he was unable to follow his dream to be a fireman

Surviving are a sister Catherine Lissefeld and husband Gregory, his two brother William and Michael Sunbury. His niece Spring Sunbury, nephew Bernardo Sunbury and his godson Vincent Gregory Sunbury.  He also has an estranged daughter he hasn’t seen Stephanie LaRoza.

Offer Condolence for the family of Richard Karen Sunbury