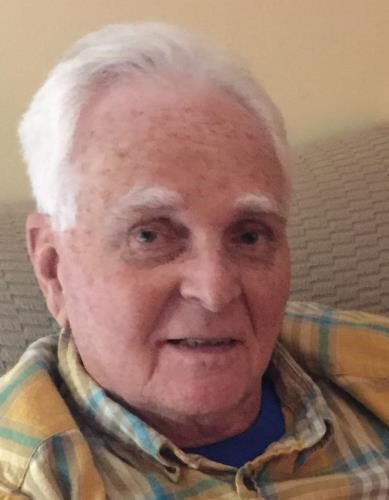 John A. Drury, 84, of Bethlehem Township, passed away on Thursday, September 2nd with his family by his side. John is survived by his loving wife of 63 years, Judith (Snyder), and his three sons, Mark and wife Joanne, Michael, and Terry and wife Cheryl. He is also survived by his sister Anne Zampella and brother Kevin. John was the proud “Poppy” to his grandchildren Megan, Taryn, Ryan, Séamus, and Maeve, and great-grandchildren Gabriel, Stella, and Neave. The eldest son of John and Mary (Moran) Drury, John was born on October 31, 1936 in Jersey City. Although he was born and raised in the city, John was a country boy at heart and moved to Mountainhome, PA as a young man. There, he met the love of his life, Judy, when he found her up a tree picking apples and made the mistake of teasing her. She replied by pelting him with apples and the result was 63 years of a wonderful marriage and a beautiful family with five sons. John was an avid sportsman, preferring the quiet solitude of hunting deer in the woods and fishing with his sons. He also loved boxing and was always ready to watch the fight. John supported his family by driving trucks for Central New York Freightways and Roadway, which he did for almost 35 years. He was inducted into the Million Mile Club for driving 1 million miles without any accidents. He is preceded in death by his sister Marie as well as his sons John Jr and Glenn, with whom he is joyfully reunited. John was a member of Sacred Heart Catholic Church in Bethlehem Township, where there will be a Celebration of Life mass held on Friday, September 17th at 1:00 pm. In lieu of flowers please consider making a donation to The Muscular Dystrophy Association.

Offer Condolence for the family of John A. Drury