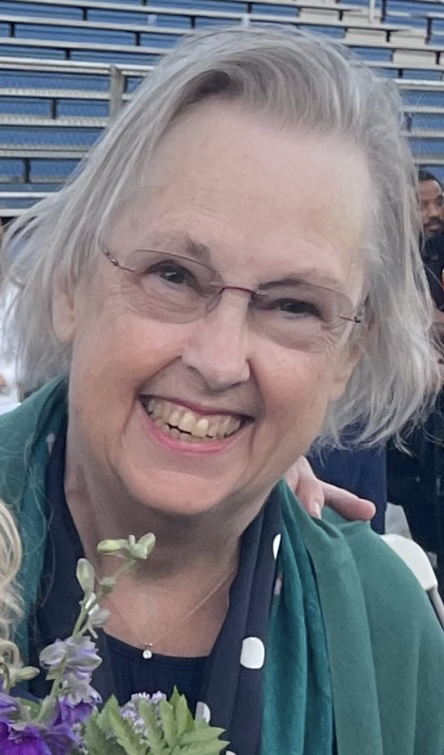 Diane was born on November 5th 1941 in Newton, MA, the daughter of the late Robert Appleton Mason and Myrtle Phillips Mason. After attending school in Westfield, NJ, she received a BS in Home Economics from Douglass College, New Brunswick, NJ (1963) and a Masters of Library Science from Rutgers University, School of Communication and Information (1987). Diane worked as a teacher’s aide in the Mount Olive, NJ school system, a librarian at Rutgers Library of Science and Medicine, then for the remainder of her professional career, she was a Reference Librarian at the County College of Morris in Randolph, NJ (1987 to 2007).

Diane met of the love of her life Edwin Chase (Ned) Davenport in 1957 and they married in 1963. Throughout her life, Diane developed her artistic talents. She won a regional sewing contest as a teenager and continued to sew, knit, crewel, and paint throughout her life. She wrote her own poetry to celebrate the lives and milestones of friends and family. She played tennis, loved to hike with family, garden, and take on home improvement projects. She was a cub scout den mother and a girl scout leader. She attended countless sporting events for her children and grandchildren over the years.  She was a friend to many, known for her kindness and warmth, always putting the needs of others first.  Over the years, Diane and Ed hosted many holiday celebrations, as well as shared their home with friends during life transitions.  Diane was a voracious reader and after raising her children and while working full time at the Rutgers Library of Science and Medicine, she completed her Masters degree. Diane and Ned moved to the Lake Ariel, PA region in 2012 after vacationing there during summers since 1960.

She is survived by her husband Ned with whom she was happily married for 59 years, her brother, Robert A. Mason, her three children and their spouses:  daughter Elizabeth A. Davenport and spouse Larry, son Peter M. Davenport, son Edwin B. (Ted) Davenport and spouse Lila and 5 grandchildren: Catherine, Sarah, and Hannah Roerden (daughters of Elizabeth), Chase and Alexandra Davenport (son and daughter of Ted and Lila).  She is also survived by a much larger circle of family including a number of beloved nieces, nephews, great nieces and nephews, as well as grandchildren and a great-grandchild by marriage.

Special Thanks to family, friends, medical staff, and to the loving Hospice of The Sacred Heart Team who cared for Diane.

A service will be planned at a future date. In lieu of flowers, consider donations to Hospice of The Sacred Heart, 100 William St, Dunmore, PA or your favorite charity.

Offer Condolence for the family of Diane Mason Davenport